Iowa State University's seventh annual bioeconomy conference will be 9 a.m. to 5:30 p.m. Dec. 1 at the Scheman Building. The virtual conference will feature morning speakers at Iowa State and afternoon sessions from universities across the Midwest. The talks will address agriculture's place in producing energy and reducing greenhouse gas emissions. 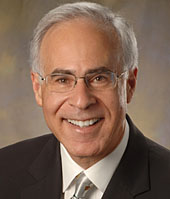 The Nov. 20 issue of the journal Science lauds the completion of a high-quality sequence of the corn genome -- a breakthrough made possible through the work of ISU Plant Sciences Institute researchers.

Hans van Leeuwen envisions a range of benefits from his innovations: a better feed for pigs from an ethanol byproduct, a protein source to feed the hungry, and a purer vodka.