Due to an unexpected delay in the delivery of construction materials, ISU's remodeled State Gym and its 94,000 square-foot addition will not open until spring semester 2012, prompting Iowa State University officials to credit a portion of student fees this semester.

The most successful fundraising effort in Iowa State University history - Campaign Iowa State: With Pride and Purpose - concluded with more than $867 million received in gifts and commitments. 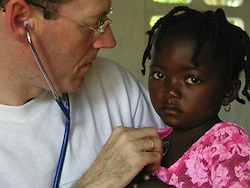 President Gregory and Kathy Geoffroy were surprised to find a shop named just for them in Iowa State's "From Biorenewables to Main Street" exhibit at the state fair.

PBS NewsHour
On the last day of his bus tour through the Midwest, President Obama's aides said he will outline a national jobs plan after Labor Day. Jeffrey Brown discusses the state of the economy in Midwestern states with Iowa State University's David Swenson and others.
View show.

The Des Moines Register
Down, up, down, up - and not just by a little. The credit rating downgrade kicked off a wild week on Wall Street, and the Dow's next move is anyone's guess. People with money in the stock market should keep it there, said Tahira Hira, a personal finance expert at Iowa State University.
See story.
Loading...