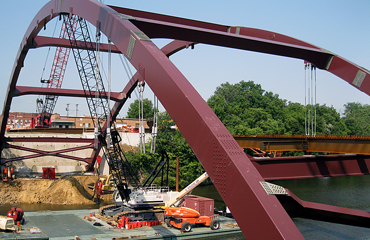 Dean of Students finalists will interview on campus through May 2

Four finalists in the search for Iowa State's next dean of students will interview on campus through May 2.

Every year, ISU Dining Director Nancy Levandowski asks her student clients what services they want to add, what services they can live without, and what price increase is acceptable. The students have made some choices that will result in a 0 percent increase in meal plan prices next fall, if approved by the Board of Regents on April 26.

Chris Guillard, an accomplished San Francisco designer of public landscapes will present the 2012 P.H Elwood Lecture in Landscape Architecture, "P.S.T. Places-Systems-Things," at 5:30 p.m. Friday, April 27, in the Kocimski Auditorium, College of Design.Guillard's work and research focus on the value of public open space and urban landscapes that integrate multiple functions into communities. His presentation is free and open to the public.

An Iowa State senior in industrial engineering has been named a 2012 Udall Scholar by the Udall Foundation. Casey Fangmann is one of 80 students in the nation to win the prestigious and highly competitive scholarship. Selected from a field of 585 candidates nominated by 274 schools, Fangmann is known on campus for his work with The Green Umbrella and TheGreenHouse Group. The award was announced by the University Honors Program, which coordinates nominations and applications.