The Iowa State University Veterinary Teaching Hospital's Canine Conditioning Program can get your dog off the couch and in shape. Hospital clinicians have developed a program designed to address many health problems that affect sedentary dogs. Orientation is May 19. 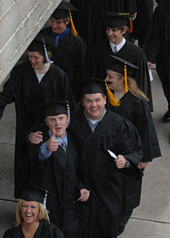