Jonathan Brown, an Iowa State student who was struck by a vehicle approximately one-half mile from Jack Trice Stadium on Saturday, Oct. 2, died Thursday morning, Oct. 7. Brown was a junior in computer engineering.

"On behalf of the university community," ISU President Geoffroy said, "I wish to express our deepest sympathy to Jonathan Brown's parents, family and friends. A bright young mind has left us unexpectedly and all too soon, and we will miss him."

The Ames police department release on the Oct. 2 accident can be found here.

Linda Serra Hagedorn, a professor and interim chair of ISU's educational leadership and policy studies department, was guest editor of a special issue of the Journal of College Student Retention Research, Theory and Practice, on community college retention. In it, she introduced a new downloadable software application she helped create, The Community College Transfer Calculator®, which identifies the course-taking patterns that predict transfer for students.
News release. 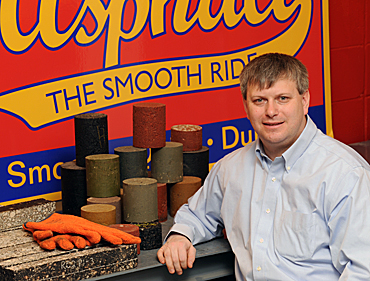 Bioasphalt® developed by Iowa State University's Christopher Williams and produced by Avello Bioenergy Inc., a company started by three Iowa State graduates, will be tested on a Des Moines bicycle trail. Williams said asphalt mixtures derived from plants and trees could replace petroleum-based mixes. And that could provide markets for Iowa crop residues and business opportunities for Iowans. 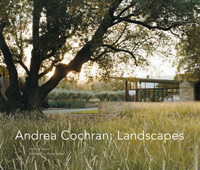 Andrea Cochran, the principal of Andrea Cochran Landscape Architecture in San Francisco, will present the 2010 P.H. Elwood Lecture in Landscape Architecture on Tuesday, Oct. 19, at Iowa State. Her presentation, "Immersive Landscapes," will be at 6 p.m. in Kocimski Auditorium, College of Design. It is free and open to the public. Cochran's work is known for its careful consideration of site, climate and existing architecture. She strives for a seamless integration of landscape, art and architecture that blurs the line between the natural and built environments. The lecture series honors the legacy of professor Philip H. Elwood, who is credited with developing the ISU Department of Landscape Architecture.

Some fisheries in the United States are poised to undergo major changes in the regulations used to protect fish stocks, and Quinn Weninger and Rajesh Singh have estimated that the new system will be an economic boon to the fishing industry. The two estimated harvesting costs under the old system and compared that to the newly proposed fishing regulations that lift many restrictions that cause inefficiency while still limiting amounts to be harvested.

Senior Emily Zimmerman could have graduated in three years. Instead, she will graduate in four with a second major that has enabled her to conduct research last summer in Rome and present it this week in China. Zimmerman, who majors in biology and global resource systems, is presenting her research poster, "A Review of the Current Status of Agrobiodiversity Monitoring Systems," at the Managing Biodiversity for Sustainable Development Conference at Yunnan Agricultural University in Kunming, China.
News release.

At the annual Order of the Knoll celebration Oct. 1, ISU President Gregory Geoffroy announced that benefactors to Campaign Iowa State have committed gifts totaling more than $804 million to benefit the university. The amount surpasses the $800 million goal of the historic fundraising campaign.

Daniel Russell and Carolyn Cutrona have been tracking Iowa subjects from their Family and Community Health Study on a large map.

Neighborhoods can have depressing effect on health, according to Iowa State study

Daniel Russell, an ISU professor of human development and family studies; and Carolyn Cutrona, professor and chair of psychology, presented research on the depressing effects of bad neighborhoods at the recent World Conference on Stress and Anxiety Research in Ireland. Their presentation summarized data taken from the Family and Community Health Study, an ongoing ISU study of 800 African American families.
News release.

Iowa State University researcher Lyric Bartholomay searched for new genes that are turned on during infection in a type of mosquito that is not only a pest, but transmits disease-causing pathogens. Bartholomay is the first author on the paper, "Pathogenomics of Culex quinquefasciatus and Meta-Analysis of Infection Responses to Diverse Pathogens," to be published in the Oct. 1 issue of the journal Science.

An Iowa State University architecture professor has devoted much of his career to helping architects, building contractors, code officials and students decipher and implement the accessibility standards and the Americans with Disabilities Act Accessibility Guidelines (ADAAG). And he wants them to become advocates for good, inclusive design that goes beyond minimum standards -- even the new standards, which were published in the Federal Register Sept. 15. Arvid Osterberg's latest contribution is the third edition of a 260-page manual, "Access for Everyone: A Guide to the Accessibility of Buildings and Sites with References to 2010 ADAAG."
News release.

Crime does not pay

The Washington Times
Alas, the true price of crime, with political trimmings. What with criminal justice system costs and other factors, Iowa State University sociologists calculate that each murder in the U.S. costs the nation an average $17,252,656.
See story.

The New York Times
Warren J. Blumenfeld, an associate professor of curriculum and instruction at Iowa State University and an author of the Campus Pride study, also conducted a smaller survey of 350 nonheterosexual students between the ages of 11 and 22 and found that about half of the respondents reported being cyberbullied in the 30 days before the survey, and that more than a quarter had suicidal thoughts.
See story.
Loading...