From developing a novel nanostructure for solar cells to deciphering the symbolism in West African textiles, 20 Iowa State undergraduates will have plenty to discuss when they present their research to legislators and others during the fifth annual "Research in the Capitol." The event will be from 11:30 a.m. to 1:30 p.m. Thursday, March 25, in the rotunda of the State Capitol building.

More than 60 undergraduate students from Iowa's three Regent Universities will display research posters and describe their projects. The event highlights the importance of research to the undergraduate learning experience.

More than 550 sixth through 12th graders from across Iowa will show off their research during the 53rd State Science + Technology Fair of Iowa at the Iowa State Center's Hilton Coliseum and Scheman Building on March 26 and 27. Public hours are noon to 5 p.m. March 26 and 9:30 a.m. to 4 p.m. March 27. Admission is free.

Iowa State University's Institute for Transportation helped bring two of the country's first hybrid-electric school buses to the state. After two years of hauling Iowa students, researchers say the buses burn significantly less fuel. But, the buses also had electrical problems that kept the hybrid systems from operating for long periods at a time.
News release.

Two ISU student organizations are combining their know-how and dedication to service to create more sustainable households and improve water quality in Mali, Africa. The student chapters of Engineers Without Borders and Material Advantage received a $5,000 grant from The Minerals, Metals & Materials Society Foundation. They will use the funding to help make buildings weather-resistant, develop technologies that will provide the local village with safe, sustainable water; and fire insulating bricks for cooking stoves to reduce fuel use and harmful smoke.

Steven Hoff, an Iowa State University professor of agricultural and biosystems engineering, has developed a system for operating odor mitigation systems for concentrated animal feeding operations only when the weather is most likely to cause the odors to become a nuisance to neighbors. When the atmosphere is unstable, odors will travel less far and affect fewer neighbors. When the atmosphere is more stable, odors will travel farther and can be a nuisance to more neighbors, according to Hoff. 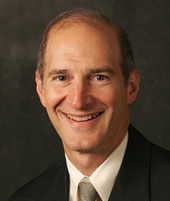 10 schools that offer top-notch environmental degrees for under $10K

Iowa State University is listed among the nation's top 10 schools where you can get a green degree without breaking the bank.