"Cashin Plus Six" exhibit to open Sept. 16 in ISU Textiles and Clothing Museum

ISU's new Mary Alice Gallery, Textiles and Clothing Museum at Morrill Hall will showcase designs by Bonnie Cashin in an exhibit of seven influential 20th-century American fashion designers titled "Cashin Plus Six: Crafting an American Style, 1946-1975." The exhibit will open in the Mary Alice Gallery on Sunday, Sept. 16, and run through Sunday, Nov. 18. 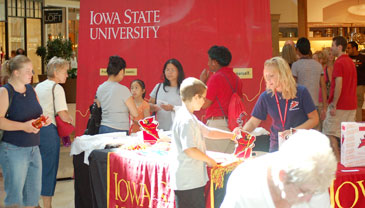