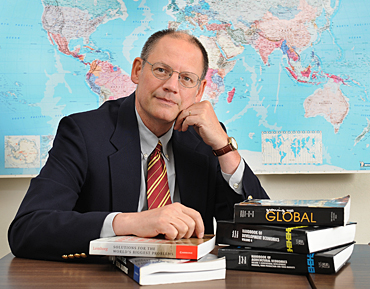 Peter Orazem, a University Professor of economics, authored four of the top 15 strategies cited by a panel of leading economists, including four Nobel laureates, at the global Copenhagen Consensus 2012 last month. Orazem's recommendations were about how to improve education in the developing world. The panel was charged with answering the question, "If you had $75 billion to spend over the next four years and your goal was to advance human welfare, how could you get the most value for your money?" 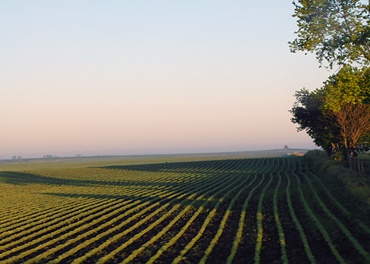 Iowa State University's Gene Takle will tell U.S. Department of Agriculture officials how farmers are adapting to climate changes. He'll say, for example, that wetter springs and summers mean more drainage tile is being buried under fiels. Takle will speak during a USDA seminar in Washington, D.C., on June 7. The seminar will be videotaped and webcast here on June 13.

Laura Doering, longtime staffer in Iowa State University's offices of the Registrar and Admissions, will become the university's next registrar July 1, Vice President for Student Affairs Tom Hill has announced.

College of Agriculture and Life Sciences Dean Wendy Wintersteen tells Slate magazine that most ag school graduates have undergone formal robotic indoctrination. Iowa State has "enhanced or added courses in the area of precision agriculture, machinery electronic control and artificial intelligence to ensure that students are prepared for the demands of agricultural technology systems," Wintersteen says.