Postcard from Campus: A Little Too Quiet 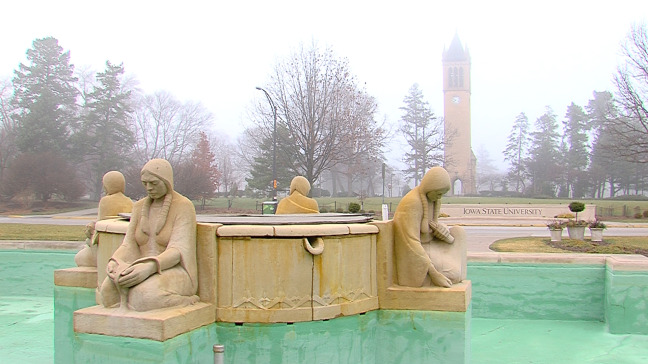 With a layer of fog blanketing campus and students on spring break, Iowa State had an eerie feel this week.

AMES, Iowa – Dave Andersen, an assistant professor of political science at Iowa State University, says 2016 has completely rewritten the primary election playbook. In the video, Andersen discusses what this means for future elections as well as the likelihood of a contested or brokered Republican convention.

Dermot Hayes, an ISU agricultural economist, said land rents and other costs need to drop more, given where commodity prices have landed.

Reversing the legacy of junk science in the courtroom

The Center for Statistics and Applications in Forensic Evidence [CSAFE, based at Iowa State] will collaborate with NIST statisticians to develop statistical methods that describe how strongly a shoeprint in the dirt links the owner of a certain pair of sneakers to a crime scene, for example ...

It’s a bird, it’s a plane, it’s … wait, I don’t see anything there. Stealth aircraft could get even harder to detect with a new flexible, stretchy metamaterial that effectively traps and suppresses radar waves.

Why do chimps throw stones at trees?

Iowa State's Jill Pruetz says it's a fascinating behavior that demonstrates how much more there is to learn about chimps.