Eve Syrkin Wurtele decided the best way to get the attention of the science-deprived, gamer generation is to take the information out of a text book and put it in a medium that kids crave - video games. So she and her team developed Meta!Blast, which won honorable mention in the 2011 International Science and Engineering Visualization Challenge sponsored by the American Association for the Advancement of Science and is featured in the Feb. 3 issue of the journal Science. 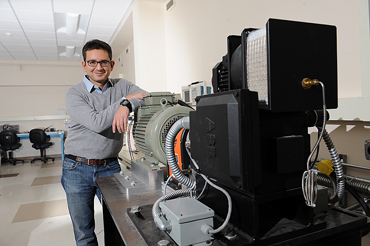 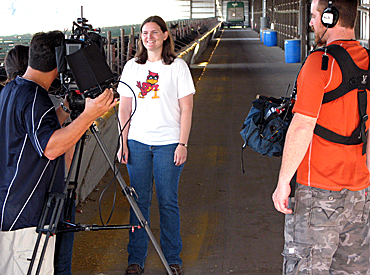 What are Iowa Staters doing to eliminate livestock odors? Watch Modern Marvels: Stink (see 26:00-31:15 and 35:20-38:15). Iowa State's Jacek Koziel: "Yes, definitely, my job stinks, but I love it." And ISU's Stephanie Hansen: "Decreasing the amount of gases cattle produce would certainly be a win-win ..."

Gov. Terry Branstad reappointed Mary Swander to a second term as Iowa Poet Laureate last summer and the ISU Distinguished Professor of English is staying busy touring the state giving talks, readings, keynotes, workshops, performances and panels. She's also got some of her own projects coming to fruition.

The One Health Commission, a globally focused, Ames-based organization dedicated to the improved health of people, domestic animals, wildlife, plants and the environment has launched a website to allow people to share accomplishments and ideas using the One Health approach for global health benefits.

BBC News
With the news that Google is to merge data collected from its many platforms -- including YouTube, Gmail and Blogger -- privacy advocates say the company will have more information than it should. And experts -- such as Jeff Blevins, an associate professor of communications law and policy at Iowa State University -- say even before this change, web users had too little control over their online information.